How to Reject the False “Authoritarian-Anarchy” Alternative 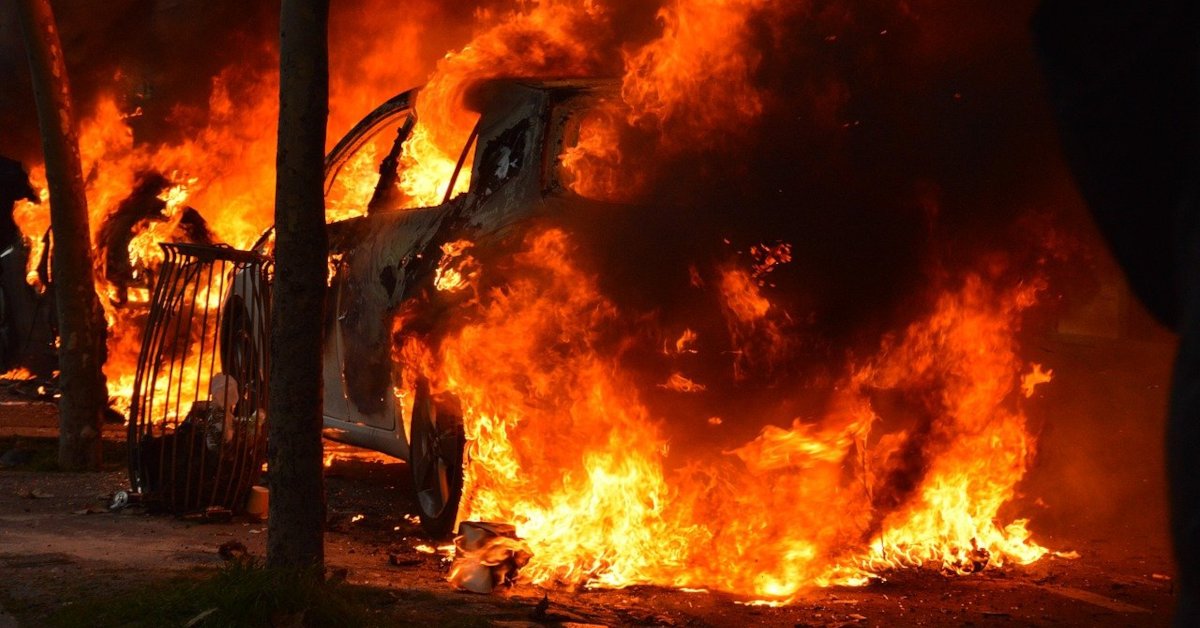 This article was originally published in Legionário on June 16, 1946. It has been translated and adapted for publication without the author’s revision by the American Society for the Defense of Tradition, Family and Property.

At least from a certain point of view, the whole struggle of the Church against liberals over the past few centuries can be summed up in the following way:

Wary of the excesses of public power, liberals so diminished the power of authority that it became incapable of not only stopping crimes but even maintaining public order. The Church teaches that this course of action is evil. Nobody has the right to do evil. Thus, any political framework that deprives the State of the power to repress evil promptly and entirely is fundamentally wrong.

With tragic eloquence, the facts proved the Church’s teaching was right. Just read the political literature of most Western nations in the nineteenth and early decades of the twentieth century. Such treatises advocated tying up and restricting the public power so that, unable to contain the rising tide of anarchy, the State had no choice but to watch the slow and inevitable demolishing of social order.

Analyzing this error well, we see that it affirms that there is no such thing as a State that represses evil without sacrificing people’s freedom to do good. Faced with this false dilemma, liberals prefer anarchy to despotism. Thus, they prefer to let public interests slide down the ramp of liberalism leading to the dissolution of all social life.

This false dilemma is the core issue separating Catholics and liberals. Unfortunately, there never was a serious discussion on the matter. Many thought that faced with an ‘inevitable’ alternative between excessive freedom and the abuse of authority, a liberal automatically supported the former while the Church upheld the latter.

However, the Church questions the scientific value of this anarchy-despotism alternative. God so wonderfully arranged the order of the universe of inanimate and irrational beings. It would be monstrous to imagine that He imperfectly organized the affairs of man. Potentially, man must have qualities that would allow for the establishment of human societies with an even more perfect order than that observed among irrational beings, bees or ants. Otherwise, man would not be God’s masterpiece.

Thus, the normal condition of human society cannot be found in these tragic alternatives: either moving toward anarchy or moaning under the weight of despotism. The possibility of organizing a stable, lasting and normal human society outside of these two extremes has to exist and does exist.

Because a solution exists, the Church condemns liberals who prefer the path of anarchy. She refuses both false alternatives as merely two ways to perdition. They are like two abysses that open up on each side. The Church points to the right path, which tends toward neither anarchy nor despotism. This path is found in Christian order.

For decades, liberals deceived the Church with these false alternatives. The liberal monster had a thousand faces to accommodate all tendencies. One face smiled at the Church, trying to attract and fascinate Her naive children. Another looked at the Church with an apprehensive and frowning sneer to paralyze fearful Catholics. Yet another treated the Church with the same suspicion, boredom and peevishness with which the Prodigal Son looked around his father’s house when bidding farewell. All these maneuvers discouraged a reaction from authentic Catholics, who feared a mass apostasy of their liberal Catholic brethren.

However, there is another side to this hydra. A thousand other heads manifested themselves in anti-clericalism, freethinking and anarchism. These heads assaulted churches, profaned tabernacles and images, and murdered priests, consecrated virgins, kings and heads of State. From 1789 to this day, this mob of nihilists, workers, Carbonari and bandits has not ceased to operate in different places.

The liberal camp put on these different faces to correspond to the great wide variety of responses in the Catholic field of those who faced and fought the hydra.

Rare were those who perceived all its faces. Among the perceptive ones, even rarer were those who understood that all these faces did not portray an inner hesitation or weakness in the great hydra’s tendencies. Indeed, every smile was a lie, and every blasphemy was true. Despite all its apparent uncertainties and contradictions, liberalism was logical, inflexible and unchanging in its march toward anarchy and atheism.

All these faces had to speak a wide variety of languages. In the field of pure doctrine, not everything that liberalism proposed was necessarily condemnable. Thus, one could agree with some liberal claims without implicitly professing doctrine condemned by the Church.

What should we do in the face of this situation? Agree with what is possible and then try to tame the beast? Or strongly attack it directly and without hesitation?

At the time of the liberal offense, Catholics tried a little of everything. However, considering how things turned out in nineteenth-century Europe, only one truth stands out clearly. Despite all attempts at Catholic collaboration, the liberal movement took over Europe and achieved its principal objectives. It de-Christianized and secularized Europe, dissolved the family and the State and dragged the contemporary world down a path that took it only two steps away from anarchy.

The sudden feeling of terror caused by this anarchy was the driving force leading to the opposite reaction: Fascism and Nazism.

Faced with the false “despotism-anarchy” alternatives, totalitarians of all stripes preferred authoritarianism as a reaction against anarchy.

Did they get it right? Of course not. They again failed to avoid the false alternatives. They fled liberalism yet slipped from the peak of the dilemma to the bottom of the abyss. They did not understand that the solution did not lay in choosing between two abysses but looking for the way that does not lead to chasms but Heaven.

Thus, instead of choosing Christian civilization, the reaction against anarchy has led us to another disaster: the Moloch State.

Let it be said that we understand that liberalism and despotism have a common root. When liberalism eventually leads to despotism, of which authoritarianism do we speak? All of them. Political colors do not matter. Whether its flag is brown, red, or black, it is always despotism. If it is mild, benign and soft like the rosy despotism of an English Labor government, it will still be despotism.

Socialism today, like Nazism yesterday and liberalism the day before yesterday, puts on a thousand faces. One smiles at the Church, the other threatens her, yet another speaks against her.

The attitude of Catholics throughout the world, but especially in Europe, to counter this new socialism must be the same as those who successfully opposed liberalism in the past. It must consist of resolute, frank, inflexible and fearless combat.

Socialism is not a wild animal that we can tame. It is an apocalyptic monster that combines the fox’s cunning with the violence of the tiger. Let us not forget this, lest we learn the hard way by receiving its brutal blows.